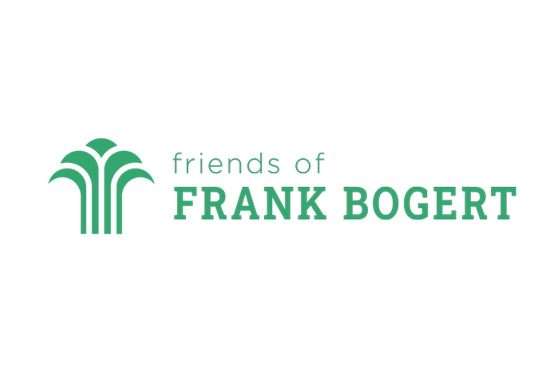 The group — consisting of community leaders throughout Palm Springs and the Coachella Valley — is addressing a hot-button issue as one of its first initiatives.

With their launch, Friends of Frank Bogert is releasing a rebuttal to the false, slanderous, and overtly political attack on Bogert including a suggestion that his statue in front of City Hall be removed.

A politically motivated “report” is laden with inaccuracies and provides neither a complete nor factual depiction of Mayor Bogert’s actions and character.

Frank embodied tolerance and inclusion and helped to create the community that embraced all who lived here.  This “report” is not credible and does not promote those same values.  It cannot be allowed to stand in the public record.

The rebuttal to the report can be viewed at www.friendsofFrankBogert.org/rebuttal.

“Frank was a champion for all families and minorities, including those who were relocated at the urging of the Section 14 landowners,” said former City Manager Norm King, representing the organization and referring to the demand that the Palm Springs City Council remove a statue of a former Mayor.  “In fact, Frank sought additional government and private housing solutions as well as helped residents seek government assistance to help in their time of transition. Additionally, he protected vulnerable members of the Indian tribal communities.””

“We are dismayed and shocked at the false and slanderous things being said about Frank, a lifelong champion for others in Palm Springs,” said Negie Bogert, Mexican-American widow of Frank Bogert. “The record is very clear through public records, numerous news articles, and first-hand accounts which demonstrate my husband as serving all in Palm Springs.”

Section 14 evictions were the inevitable consequence of nearly a century of ill-conceived laws enacted by the federal government.  A quick review of historical documents illustrates that Section 14 problems began in 1876 during the Ulysses S. Grant administration, before Bogert was even born. Restrictive federal leasing laws for Tribal lands were in place decades before Bogert became mayor and directly resulted in the substandard and hazardous living conditions in Section 14. When, in 1959, Congress passed the Equalization and Long-Term Leasing Acts, indigenous landowners of Section 14 were finally allowed to become more self-sufficient and develop their land. Development necessitated relocations, in some cases requiring legal evictions, but the resulting difficulties cannot be attributed to Bogert.

“Frank was the least class-conscious person I have ever known,” said David Christian, president of the non-profit.  “For decades, he is on-the-record for greeting and treating Presidents and pool cleaners with the same respect and with a dry sense of humor that let you know you had a new friend. Unfortunately, a small group of politically-motivated individuals are wrongfully, shamefully targeting Frank and in the process, sullying all of Palm Springs in an effort to gain a political trophy for themselves.”

Members of the tribal community feel the same.

“I am speaking today on behalf of the Richard Milanovich family, and the family only.  I previously wrote a letter to the Palm Spring City Council explaining our disapproval of the removal and relocation of Mayor Frank Bogert’s statue.  My father had nothing but respect and admiration for Frank.  Their years-long friendship, both professionally and personally, is a testament to that fact,” said Trista Milanovich, daughter of tribal leader Richard Milanovich. “My father did not believe Frank Bogert to be a racist man.  He wouldn’t have spoken at his funeral if he believed him to be so.  My father would be absolutely appalled to know that his name is being used in this effort to remove the statute.  We are absolutely appalled by it.  It is disgusting that you would use his words, but even more so out of context, especially considering we feel the council members are certainly unaware of what his feelings were on the matter and what his feelings were on the man at the heart of this issue.”

Milanovich formally requested that the Human Rights Commission report remove any quotes as well as any mention of her father, Richard Milanovich.  She expressed that her family does not agree with any mention of him, and it is the family’s firm belief that he would feel the same.  In addition, she states that her father would not believe in the removal or relocation of the statue.

Friends of Frank Bogert intends to defend Bogert’s reputation as a leader who had many civic accomplishments and was a man of character who was loved by all who knew him.  The group intends to work together on other efforts to increase tolerance and to preserve the heritage of the Palm Springs community.