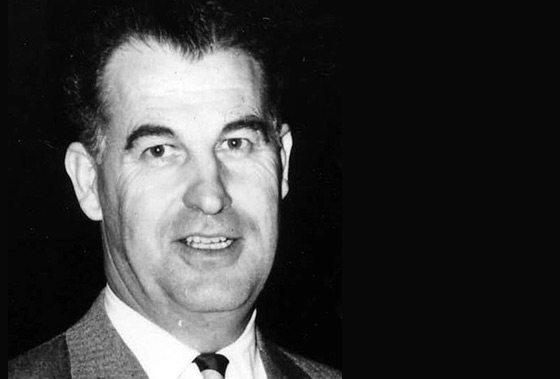 A recent “Palm Springs City Hall Monument Report” is factually inaccurate, dishonest, and defamatory toward one of Palm Springs’ most beloved leaders, the late “Cowboy Mayor” Frank M. Bogert. A fact-check of the report found over 100 falsehoods, misleading statements, and quotations taken out of context. Major parts of the report are plagiarized, and its most-cited source is an essay written by a graduate school student 40 years after the events of Section 14.

As community members who know the history of Palm Springs and specifically the record of Mayor Bogert, we have no choice but to speak up about a “report” that is egregiously flawed. Shockingly, the political motivation behind the report was confirmed by the chairman of the commission that produced it, Ron deHarte, who said, “Some may feel that the recommendation to move the monument is a political effort made to appease one other group. Well, they are indeed correct.”

The politically motivated “report” is laden with inaccuracies and provides neither a complete nor factual depiction of the actions or character of Mayor Bogert.

The “report” suggests that the statue honoring Mayor Bogert should be removed from City Hall under the premise that he “demonstrated no effort to address the harms caused by (Section 14) evictions.” However, the Desert Sun at the time described Bogert as working “tirelessly” to secure low-cost housing options for Section 14 residents. In fact, he worked to delay relocations and helped families seek governmental housing assistance. This effort began when he became mayor and continued after he left office, into 1967, when he partnered with leaders of the Black community on an affordable housing project. His hiring of the city’s first Black employee directly led to Palm Springs’ first federally funded housing project in 1968, a project prioritized for Section 14 residents. The “report” omits these facts and seeks to scapegoat Bogert.

Section 14 evictions were the inevitable consequence of nearly a century of ill-conceived laws enacted by the federal government. A quick review of historical documents illustrates that Section 14 problems began in 1876 during the Ulysses S. Grant administration, before Bogert was even born. Restrictive federal leasing laws for Tribal lands were in place decades before Bogert became mayor and directly resulted in the substandard and hazardous living conditions in Section 14. When, in 1959, Congress passed the Equalization and Long-Term Leasing Acts, indigenous landowners of Section 14 were finally allowed to become more self-sufficient and develop their land. Development necessitated relocations, in some cases requiring legal evictions, but the resulting difficulties cannot be attributed to Bogert. Both Bogert and the City Council at the time went to great lengths to ameliorate the effects of the housing crisis and to assist people of all races with relocating.

The “report” erroneously insinuates Bogert personally profited from evictions, and it misrepresents the single conservatorship he held. When it appeared that Indian members of the community were being financially exploited by a conservatorship program created by the federal government, Bogert, as a trusted friend of the Agua Caliente People, was implored by an Indian friend to please serve as his conservator to protect him and his assets. Bogert reluctantly agreed and voluntarily relinquished the role as soon as his friend came of age. Bogert was the first to voluntarily release a conservatorship, and did so to the disgust of many other conservators. Bogert was a loyal and trusted friend to that young Agua Caliente man who counted on Bogert for fair representation and protection. That friend would eventually serve as Tribal Chairman, and he and Bogert remained lifelong friends.

These instances are only a few examples of the factual inaccuracies in this “report.” It must be dismissed and discredited. Accordingly, we feel compelled to publicly release an extensively sourced rebuttal. This document provides historical evidence and context that detail the facts surrounding Bogert’s leadership during a challenging time in the city’s history and his service to the entire community.

Palm Springs has long been a place of tolerance and inclusion. Bogert embodied these ideals and helped to create the community that embraces them. This “report” is not credible and does not promote those same values. It cannot be allowed to stand in the public record, nor can its contents serve as the basis for any decisions related to the statue of Mayor Bogert.